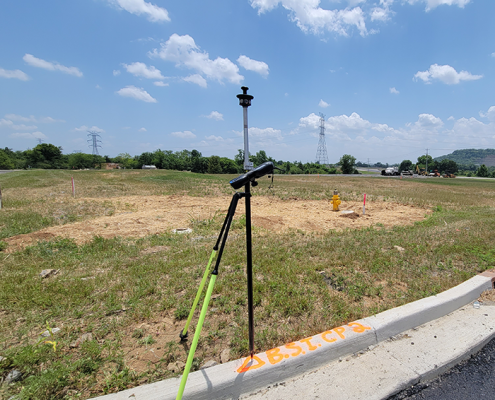 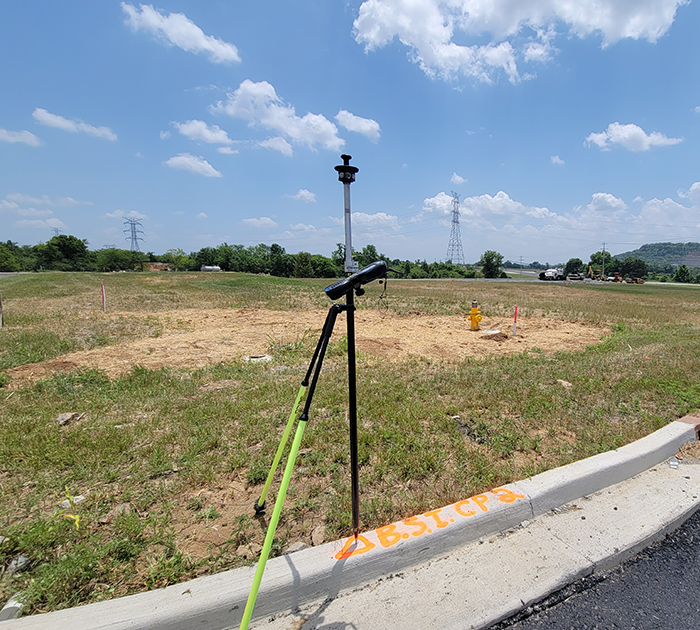 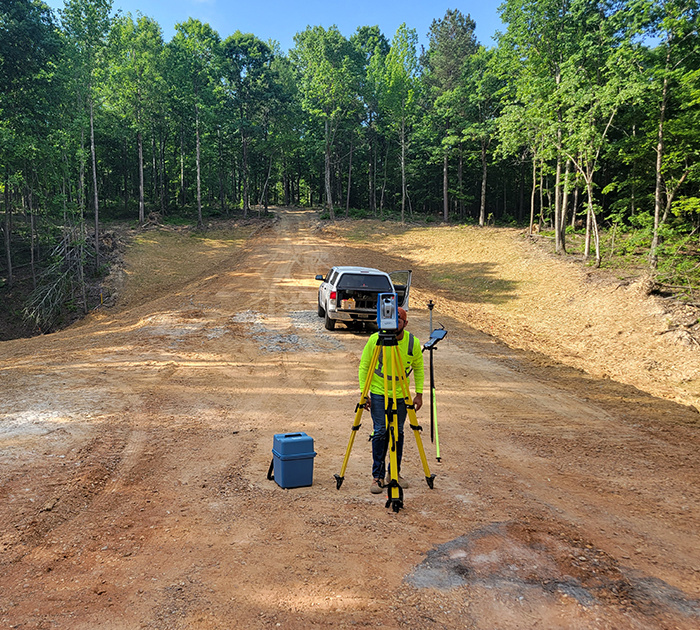 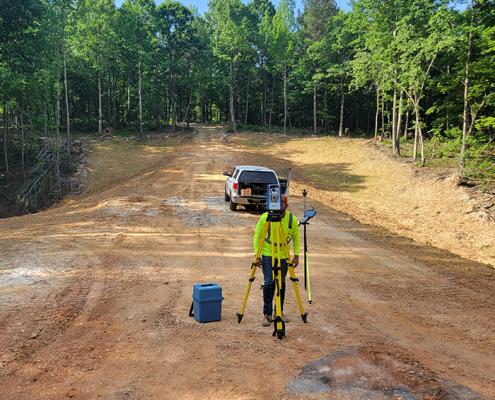 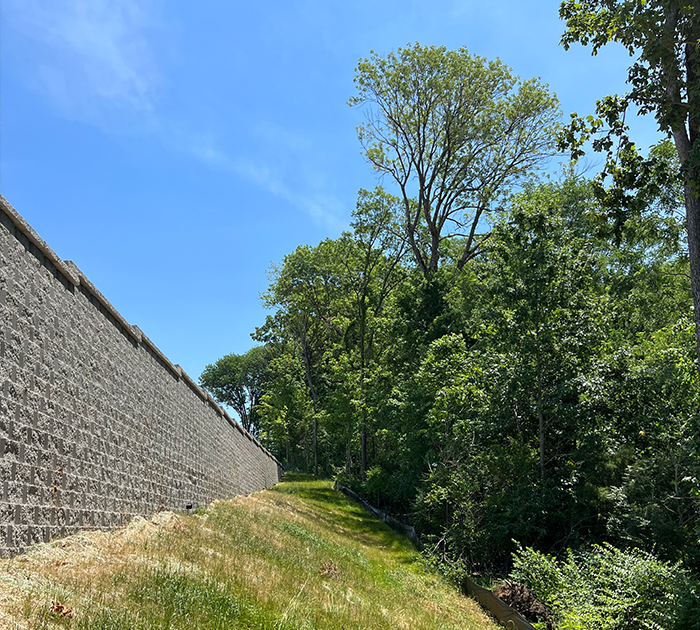 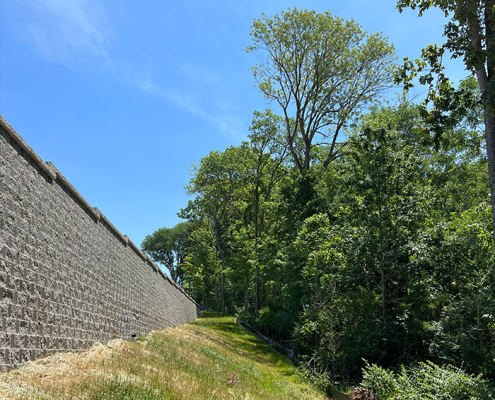 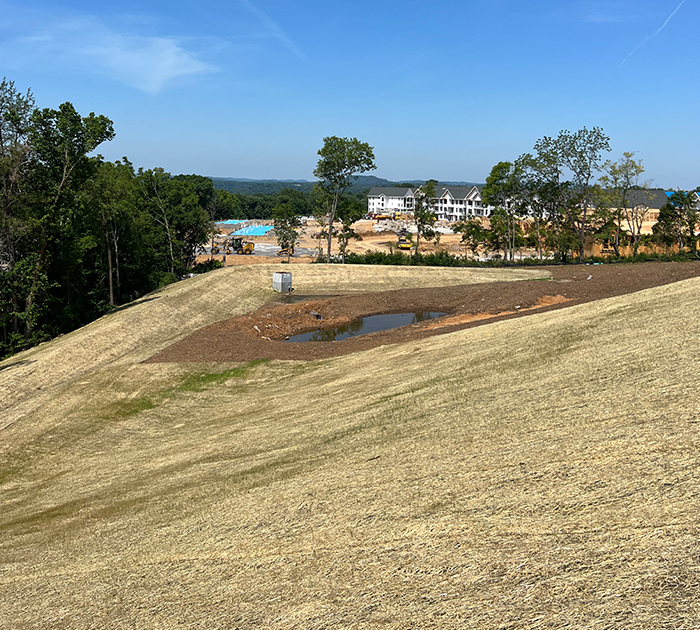 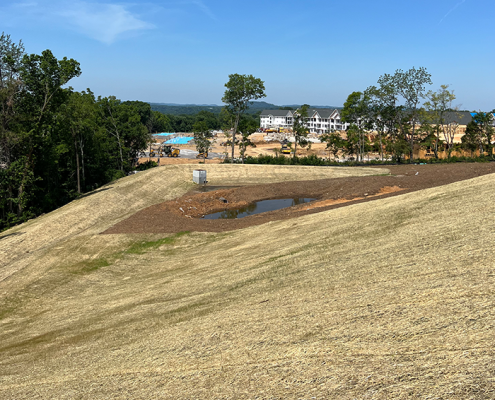 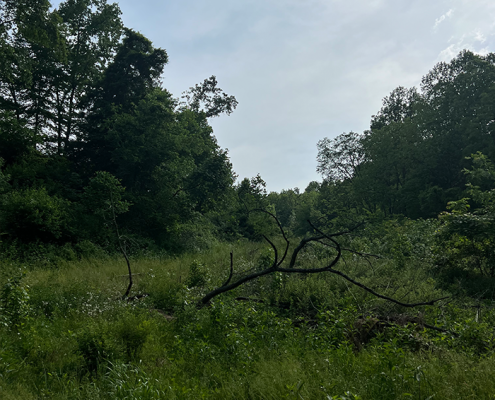 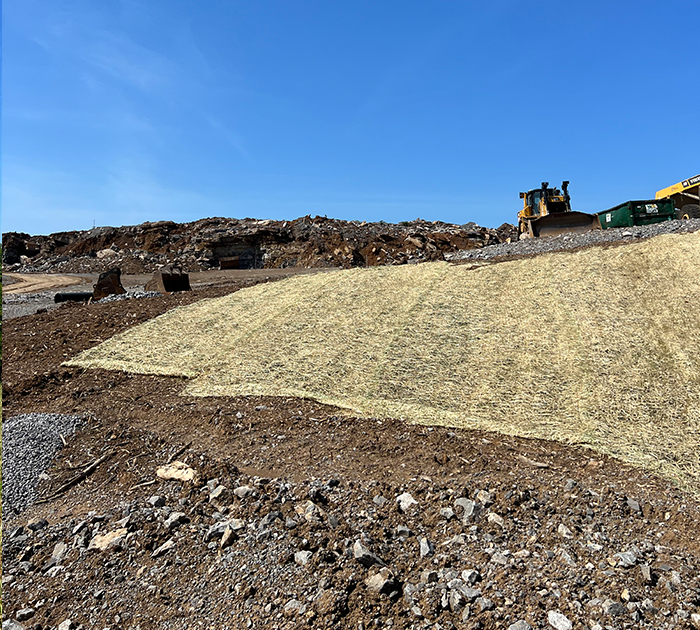 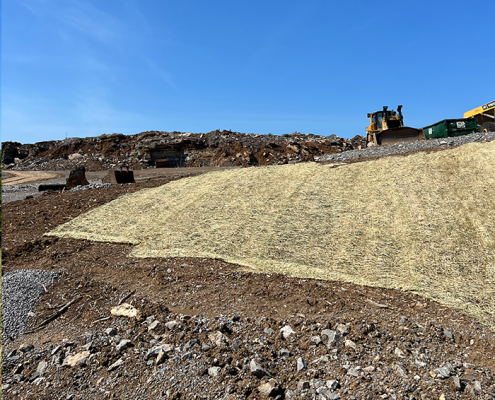 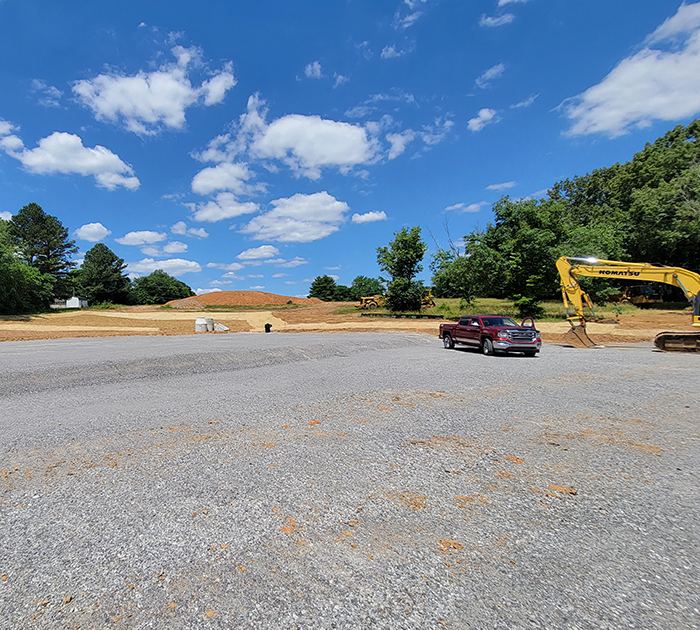 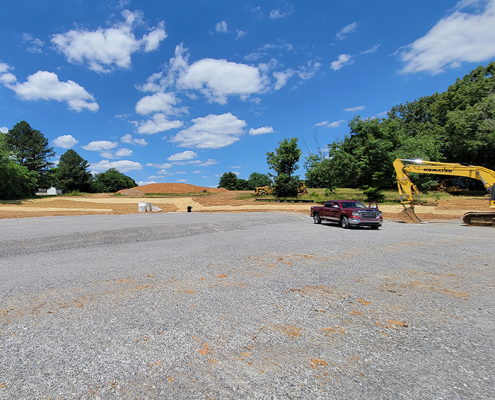 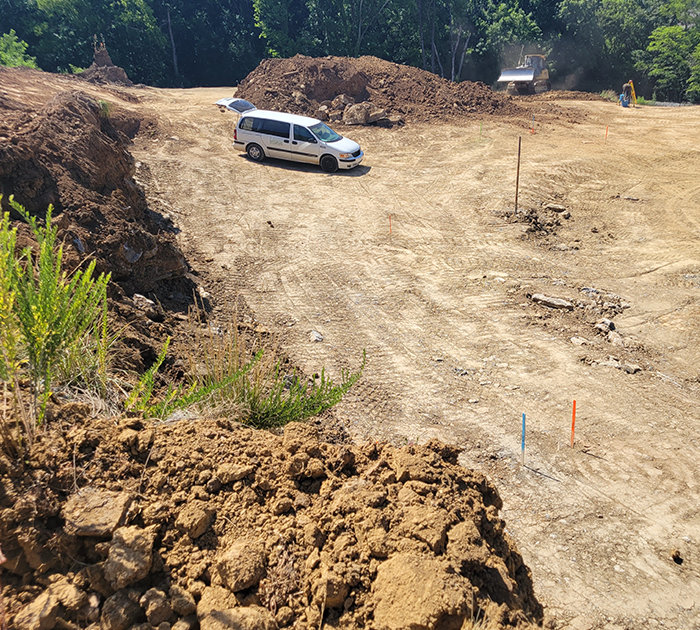 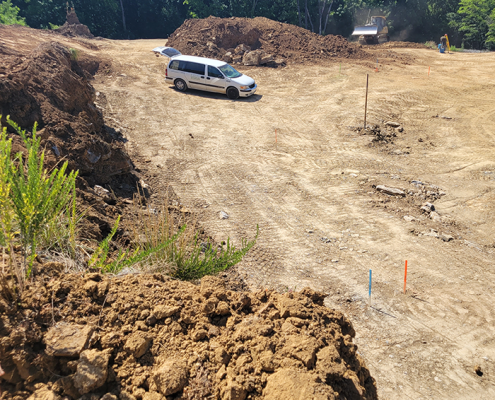 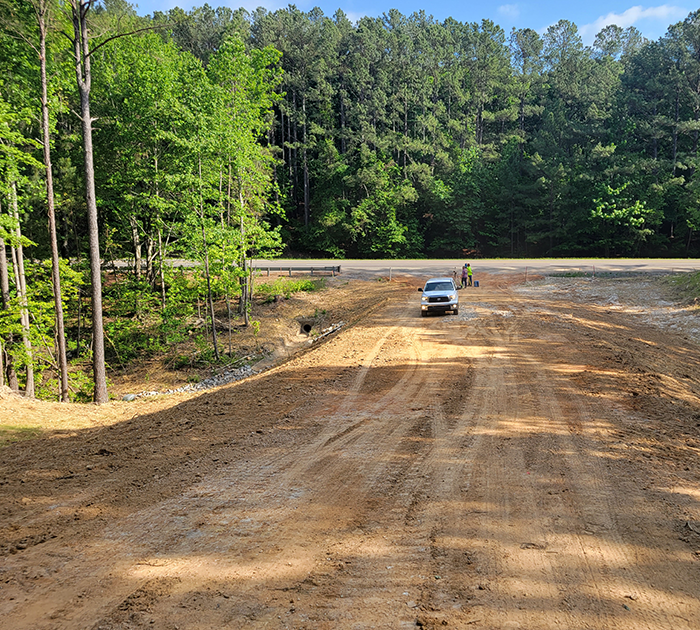 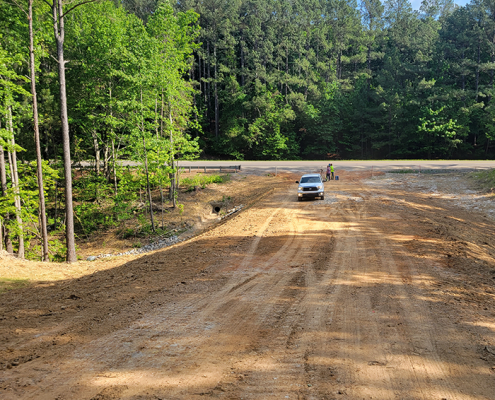 A topographic survey encompasses the location of natural features, such as, trees, streams, and depressions and man made improvements like buildings, fences, roads, storm and sanitary sewers. To aid in the design and to create a model of the existing conditions, elevations can also be acquired and contours generated. This type of survey is usually required by government agencies and utilized by engineers and architects when improvements or developments are being made to a site.

As the name suggests, a boundary survey is used to locate the boundary lines of the site to be developed. This is often one of the most critical and overlooked aspect of site development. In many instances, the proposed improvements are utilizing as much of the site as possible given the high cost of land. Knowing the true location of the property corners and boundary lines will allow the site developer to better understand how the property may be used in the most efficient manner. This process also may include easements and other restrictions that would affect how the site may be utilized.

This type of survey is typically required by lenders for developing commercial properties. In addition to being a boundary survey it contains information provided by a title insurer which will impact the title, and possibly, the development of the property. ALTA/NSPS surveys show improvements, easements, and rights-of-way among other encumbrances. This data is required to insure the title of the land and any improvements made during commercial development. An ALTA/NSPS survey is prepared according to a specific set of standards adopted by the American Land Title Association and the National Society of Professional Surveyors.

Ready to Meet Your Project’s Needs

Providing quality land surveying services for over two decades. Byrd Surveying and its team of professionals is here to serve you.

Get a Quote Today

Founded in 1997
Byrd Surveying, Inc. is a multidisciplinary consulting firm prepared to meet all your surveying needs. Our dedicated and professional staff has the experience and technical training necessary to provide you with the most accurate and dependable data.